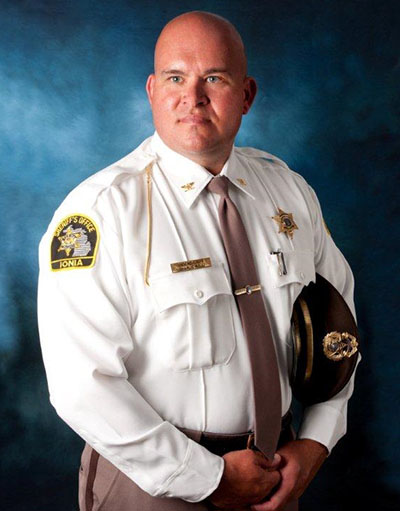 Charles was born and raised on the family farm in Montcalm County just south of Crystal. Outside of school, he spent much of his time tending to the livestock and crops. It was there that he learned the value of hard work and began to develop his love for the outdoors.

While growing up, Charles was active in sports, 4-H and events at The Church of the Brethren. He also spent considerable time learning to hunt and fish which was the foundation for the hunter-conservationist philosophy he lives by today.

After graduating from Carson City-Crystal High School in 1991, Charles attended Albion College on a football scholarship. Unfortunately, a football injury brought him back to the family farm. Heavily influenced by his mother’s career as a teacher, Charles understood the value of advancing his education. Consequently, he took classes at Montcalm Community College for a short period of time before moving to Kalamazoo to attend Western Michigan University. In April of 1996, Charles graduated with a Bachelor of Science in Criminal Justice and a minor in Sociology. Noll is also a graduate of the School of Police Staff and Command at Northwest University.

Upon graduation from WMU, Charles began his law enforcement career with the Shepard Police Department. Shortly thereafter, he was hired by the Ionia County Sheriff’s Office where he has worked for the past 20 years. During that time, his scope and responsibility has continued to expand, and Charles has steadily advanced through the ranks of leadership. Charles has worked as a Road Patrol Deputy Sheriff, a Road Patrol Sergeant, was assigned as an undercover Detective and team supervisor with the Central Michigan Enforcement team, was appointed as the ICCIT (SWAT) Team Commander, served as a Detective Sergeant for the Detective Bureau of the Ionia County Sheriff’s Office, and Undersheriff, assuming employee and budgetary responsibilities. On December 7, 2018 he was appointed Sheriff, assuming the position on December 9, 2018.